Every now and again, usually when least expected, life leaps up and bites you on the backside.  Like most people, I’ve had a few chunks taken out of me, the latest incident so recent I’m still reeling from it.   Over-wrought writing always leaves me feeling a little queasy, so I’m going to toss a few words out and let you build the picture for yourself:  accident; emergency; fractured ribs; punctured lung; shattered pelvis; high dependency unit.  Now take those words and apply them to your life partner.

For a while it didn’t look good.  Try this word for size: catastrophic.  Of course I’m talking catastrophic on a personal level. The disaster localised, striking my partner, me, our daughters, close friends and family.  The effect rippling out through extended family, colleagues and acquaintances to the point where what was catastrophic for us was merely an item of news for somebody else.  At the outer ripples and beyond, life simply went on as it always does.

To the astonishment of medical staff – and everyone else – eight days after his dramatic admission to hospital, my husband was discharged. Full recovery is some way off, but every day there are improvements and, if nothing else, the experience of pain, the threat of death, serves as a reminder that the time we have is precious. It is up to ourselves what we make of it.

As Abraham Lincoln put it, “In the end, it’s not the years in your life that count. It’s the life in your years.” 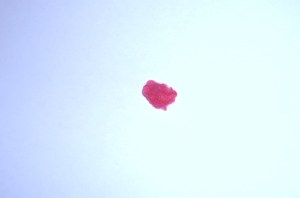 This morning, as I was writing a fight scene for Boiling Point, the sequel to Boyle’s Law, I used the word juked, as in he juked out of the way.   It was the perfect word for the scene but when I came to type it I realised that, like oxster and oose, I could not recall ever having seen it written down.

As is often the way with these things, the more I looked at juked, the stranger a word it seemed, until finally I began to think I’d made it up.  The fact that it makes no appearance in my Chambers Dictionary didn’t help.  However, I did find it on an Australian website, Online Dictionary.  According to the references there, from the 1913 Webster Dictionary, it comes from the Scottish word jouk, meaning to bow or duck the head.

Oxster, in case you are wondering, turns out to be spelt oxter, and means armpit.  Extensive online research revealed that it is used in Irish and Northern English, as well as Scottish dialects.

Oose is a lovely Scots dialect word for fluff.  Good places for oose discovery are under beds, in the corners of pockets and beneath cushions, but probably not in crime thrillers.

Next month Thrillers With Attitude  brings you skelf, dreich, and fusty.